Design it yourself. Design it to perfectly fit with your house, business, architecture, brand or corporate image. Our made to measure frosted window film solution are made of high quality vinyl and will arrive pre-assembled in a sturdy box. Ready for application, no additional work is required.

Apply it yourself. Easy application. Due to the high quality and bubble free characteristics of our vinyl, it is easy to apply yourself. Our window films can be applied to both the inside and outside of the window. Watch our informative instruction films to quickly learn how to apply the frosted window film yourself.

Frosted window film is translucent but not transparent. Giving you both privacy and light.

A. Design it Yourself. Custom Frosted Window Film (Cut)

Either (1) use our online design software to design your own unique frosted window film. Or (2) use your own software. For example Adobe Illustrator, Coral DRAW or opensource Inkscape. And subsequently upload your design in our online designer.

Custom Icon
Custom Border
Will you be applying the window film on the outside or the inside of the window? In other words, Do you need us to make your design in mirror-image?
?

Below you will find an instruction video on how to use our online designer in order to design your own unique frosted window film.

The material itself blocks little to no light. In addition, it provides privacy. Frosted window film is translucent but not transparent. Giving you both privacy and light. This material can be used to reduce the glare from the sun inside buildings and vehicles. Frosted window films are generally applied on the inside of the window (indoors). They can be cut-to-shape, i.e., non-rectangular, contact us by email with your wishes.

Only apply frosted window film on a flat and smooth glass surfaces.

B. Apply it Yourself. Custom Frosted Window Film (Cut)

For the most complete and up-to-date instructions see this LINK.

Below you find instructions on how to apply frosted window film (cut). You have been supplied with bubble free window film. So you do not need to use water.

Due to the high quality characteristics of our bubble-free frosted window film, our window film can be applied in almost every location, knowingly; Bathrooms, (Children’s) bedrooms, Front doors, French doors, Living rooms, Kitchens, Nurseries, Offices, Restaurants, Shops, Shower doors (on the outside) and Stores.

We supply businesses, private individuals, NGO’s and governments. Our made to measure custom frosted window film solutions are made from high quality opaque vinyl. Providing privacy (block view) but allowing the light to pass through. 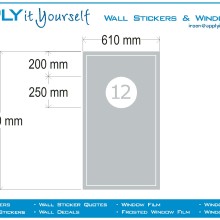 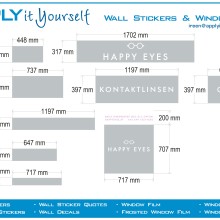 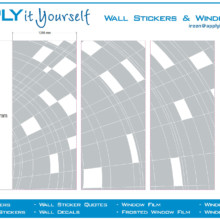 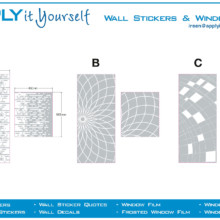 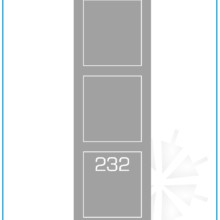 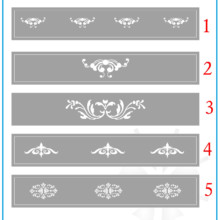 You can find a large number of design examples, here.

With our custom bubble-free frosted window films, APPLY it Yourself provides you with numerous advantages:

Above you find a number of example of custom frosted window films. You can quickly and easily make your own window film with our online designer. Our window film is cut to size and you can apply it to the inside or outside of your windows, to create the desired effect you need. Our made to measure personalised window film solutions are made from high quality opaque vinyl. Providing privacy (block view) but allowing the light to pass through. 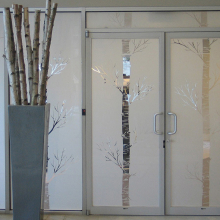 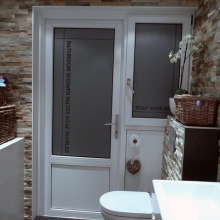 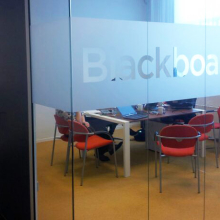 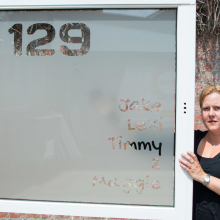 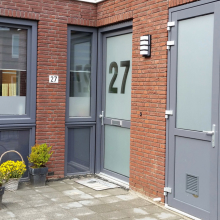 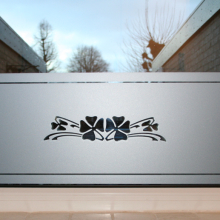 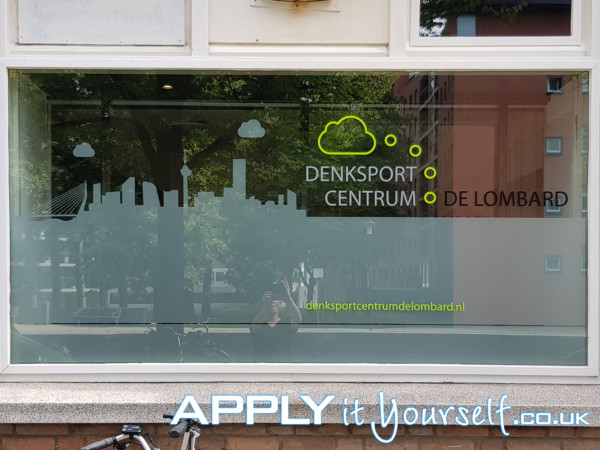 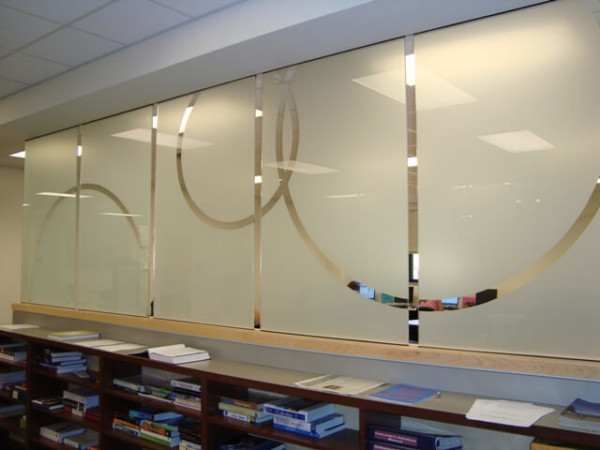 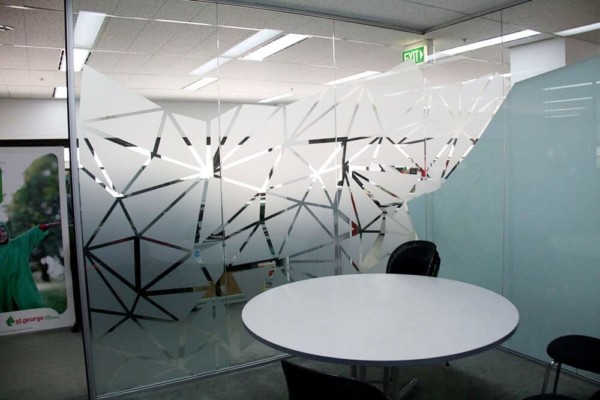 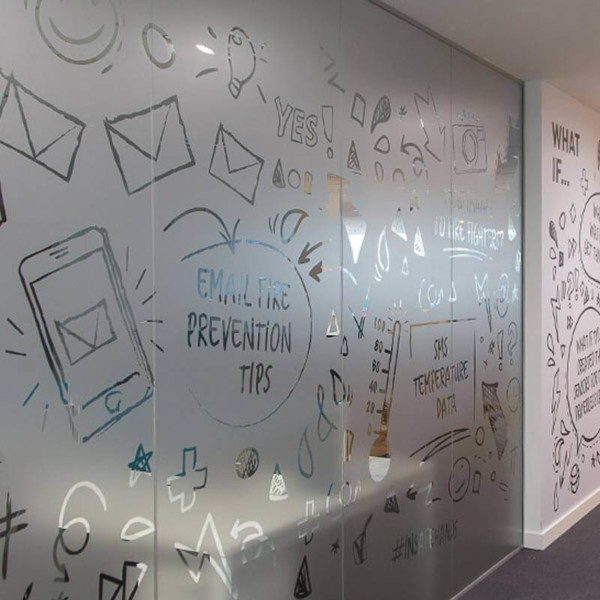 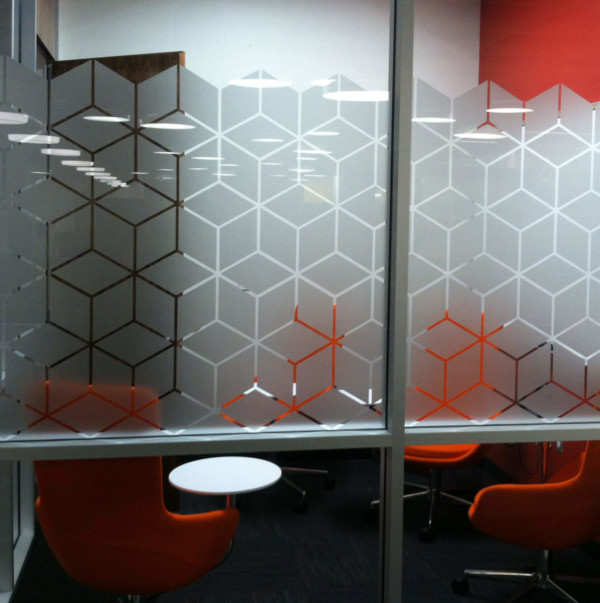 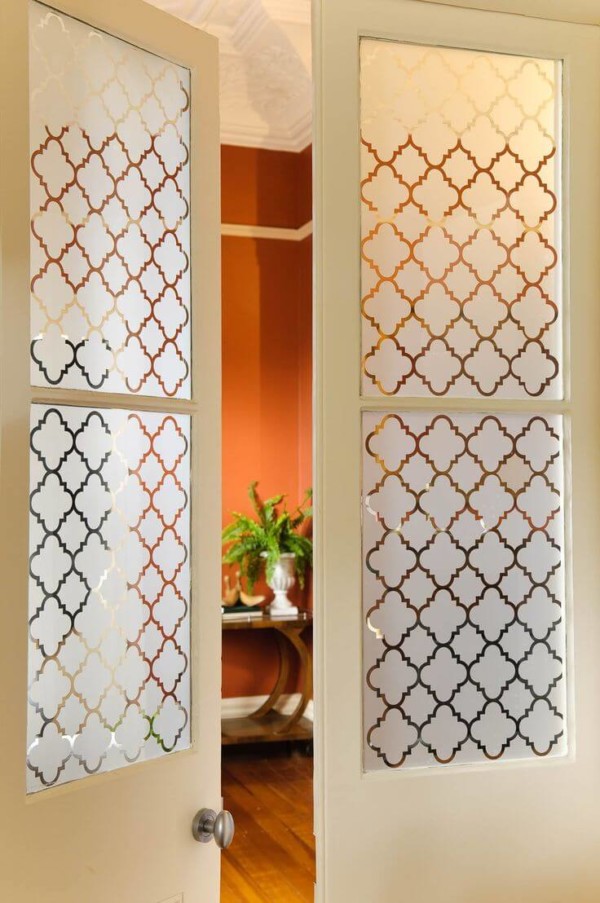 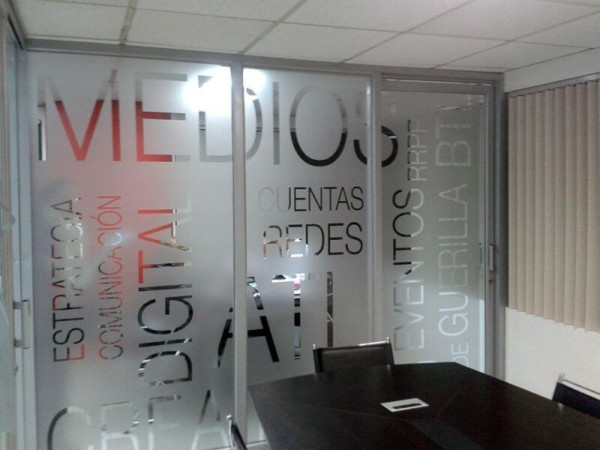 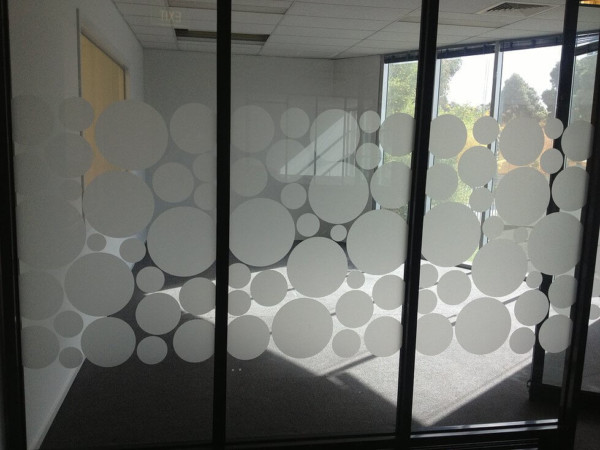